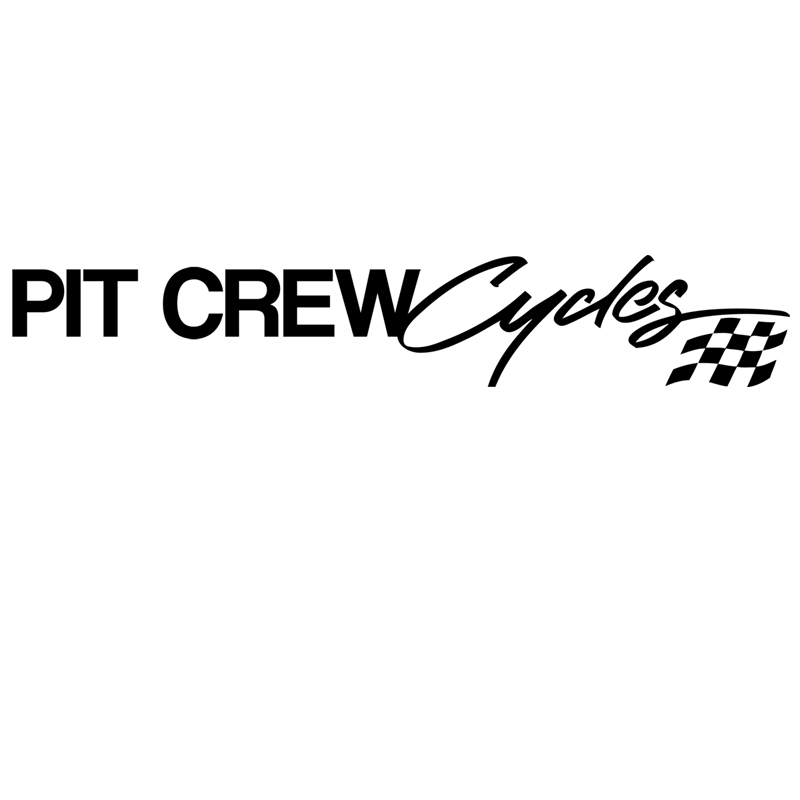 How Does the Tour de France Work? 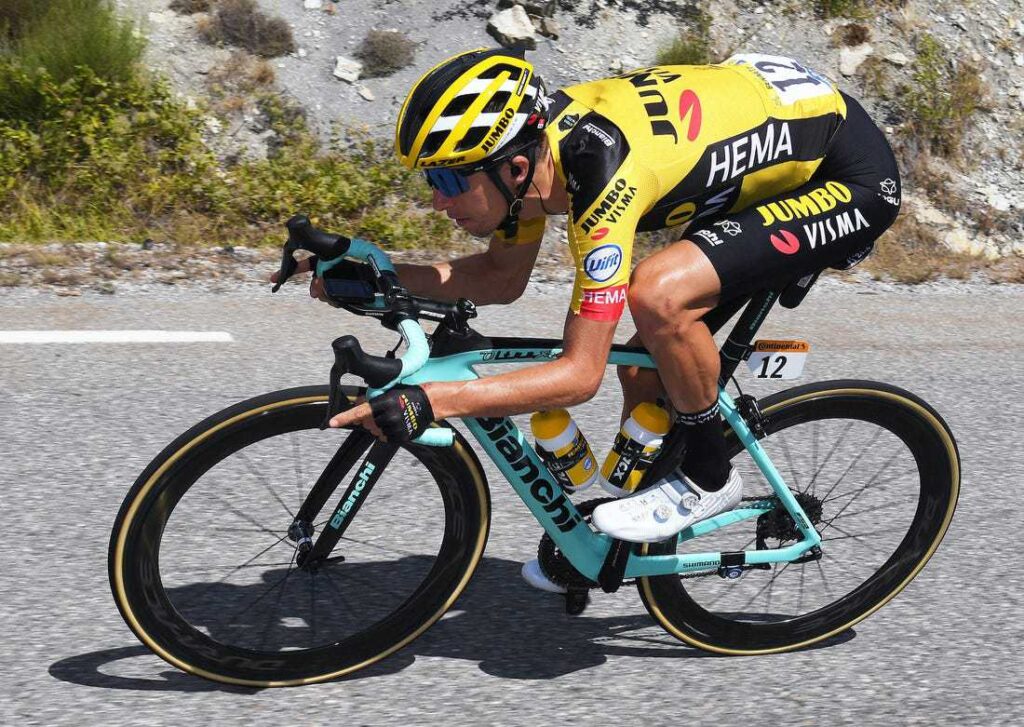 The Tour de France is one of the best known and toughest endurance races in professional sport in the world—all across major sports and athletics.

For those who are not familiar with professional cycling, the Tour de France is effectively the World Cup of cycling, with the majority of elite road cyclists meeting in France to compete in a 21 stage, 3,500-kilometer race. 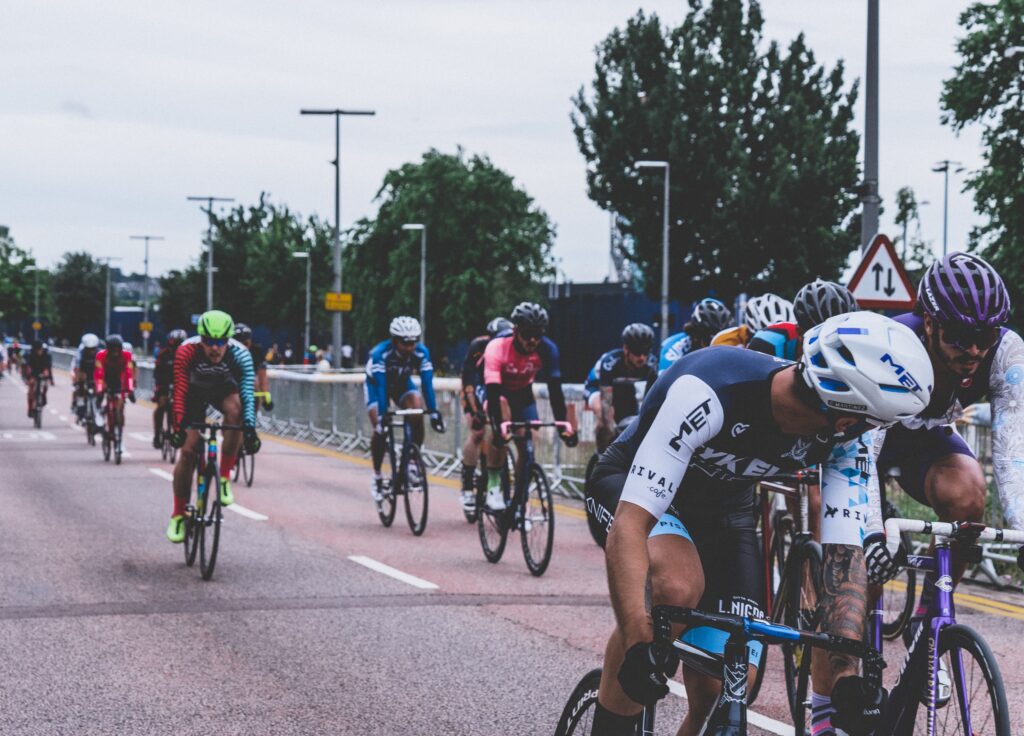 Although many may have heard of the Tour de France, they may be less aware of the nuances of the competition and how the tour works.

This article will provide all the essential information you need to know about the Tour de France, leaving you well informed and intrigued for when the tour next takes place.

What is the Tour de France?

Known as the world’s largest annual sporting event, the Tour de France (also known as ‘Le Tour) is a team sport that includes 198 cyclists spread across 22 teams of 9 participants.

These include nine stages on flat terrain, three hilly stages, seven stages in the mountains of which five include mountain summit finishes, two individual time trials and a couple of rest days.

One stage roughly covers 225 kilometers in a day and this takes elite cyclists around 5 and half hours to complete. Each stage has a winner, while the rider who completes the most stages in the quickest time wins the tour title. 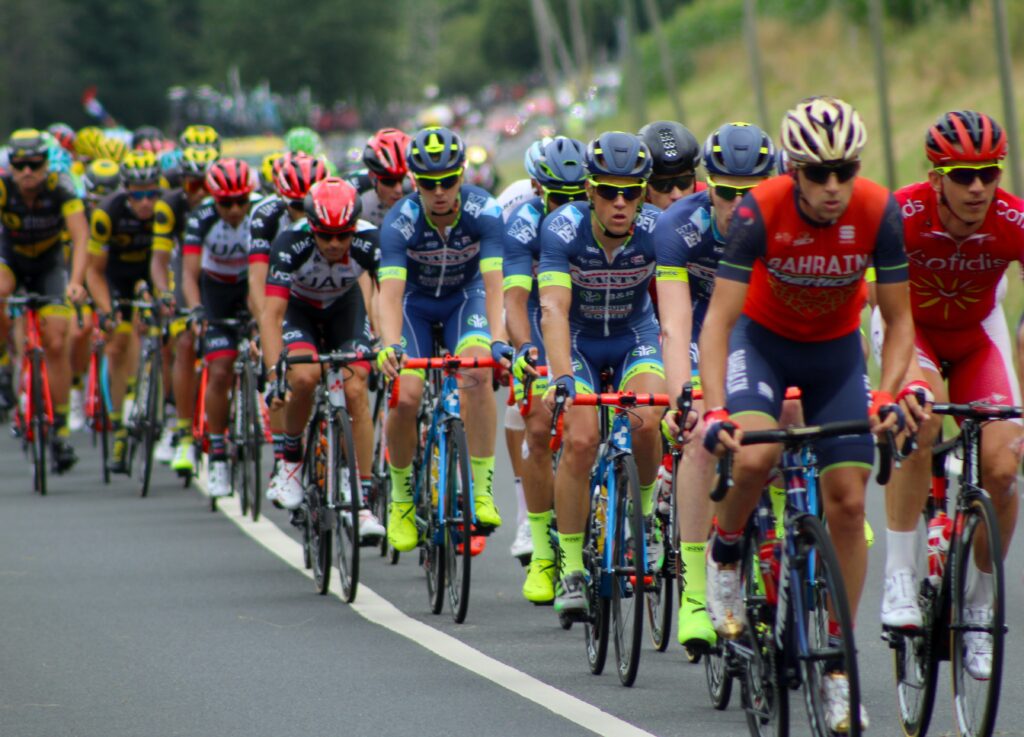 Where is the Tour de France located inside France?

The locations of the stages of the Tour de France change every year, making the tour always exciting each year as new stages are added or amended. The stages will cover flat terrain and mountainous terrain.

For example, the 2020 Tour de France was due to start in Nice, before proceeding to the Pyrenees for some mountain stages.

What is common among all Tour’s is that the final stage ends with the riders cycling from Mantes-la-Jolie to Paris (Champs-Élysées).

A Team Sport with Individual Prizes?

Although the Tour de France is a team sport, ultimately prizes go to individuals. The Tour is unique in having special cycling jerseys distributed to the winners of certain these certain prizes. 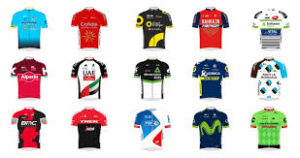 The green jersey is worn by the top sprinter in the Tour de France. This means it is awarded to the rider who finishes top of the points classification at the end of a stage. The recipient of the green jersey is likely to be a specialist sprinter who can win a stage that is on flat terrain but may struggle on the hilly stages. Often specialist sprinters will therefore not be in contention for the yellow jersey as they lack the all-round ability to perform across all stages.

The white jersey has changed in meaning over the years but currently represents the ‘future of the tour’, rewarding the rider who is highest in the overall standings and is under the age of 26.

The red and white polka dot jersey is given to the best climber, the rider who finishes top of the climbing classification which focuses on results in the mountain stages of the tour. Within the tour teams, there will be at least one specialist climber who puts their efforts into winning the mountain stages.

If you’ve ever come across the Tour de France on TV and wondered what some of the terms mean that commentators refer to, below gives a brief explanation of some of the key terms. 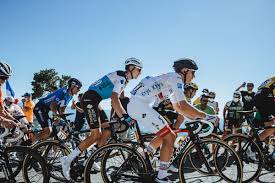 If you’ve ever wondered why it is rare to see tour riders cycling alone, this is due to the need to slipstream. When riders cycle close to one another they can benefit from having reduced or little air resistance, meaning less energy and effort is needed to go at the desired pace.

This is the French word for ‘group’ and refers to the group where the majority of cyclists are bunched together. The peloton is formed for large sections of the tour stages so that riders can conserve energy by slipstreaming behind fellow riders.

This refers to an individual rider or a group of riders who decide to break free from the peloton to lead the overall race.

Each of the four teams has a designated leader, while the remaining riders are known as domestiques. The role of the domestique is to support the team leader in any possible way to ensure that they have the best chance of winning a stage, accumulating points or winning the overall race.

Effectively the team manager, this is non-rider who is allowed to closely follow the riders using a vehicle. Their job is to support the riders, pass instructions, provide water and help with mechanical issues.

Refers to the first stage of the Tour de France, the ‘grand departure’ of all riders.

This the French term for ‘red light’ which is given to the last rider in the overall final classification. It is a term that all riders want to avoid receiving.

This refers to a support vehicle that follows all riders and picks them in cases of emergency such as injury or mechanical failure.

Who are some of the most famous tour riders?

Perhaps the most famous (or infamous) rider on the Tour de France is Lance Armstrong. Armstrong was the only rider to have won the Tour and received the yellow jersey seven times. He became hugely famous after winning the Tour after suffering from Leukemia. 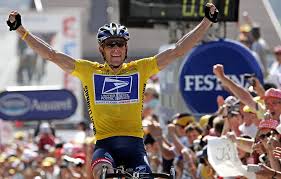 Throughout his professional cycling career, Armstrong was one of the most vocal critics of drug use in the sport, with many riders during his time found guilty of using performance-enhancing drugs to try to beat the formidable Armstrong.

However, in 2011-2012, after a long journalist-led investigation, Lance Armstrong publicly admitted to using performance-enhancing drugs throughout his Tour career and was subsequently stripped of all his Tour titles.

For many years, the Tour de France has been dogged with allegations of riders using performance-enhancing drugs, with the riders regularly having to submit samples throughout the tour. Particularly in light of the Lance Armstrong case, the credibility of the Tour has received further scrutiny, with many determined to turn around the Tour’s reputation.

Where can I watch the Tour de France? 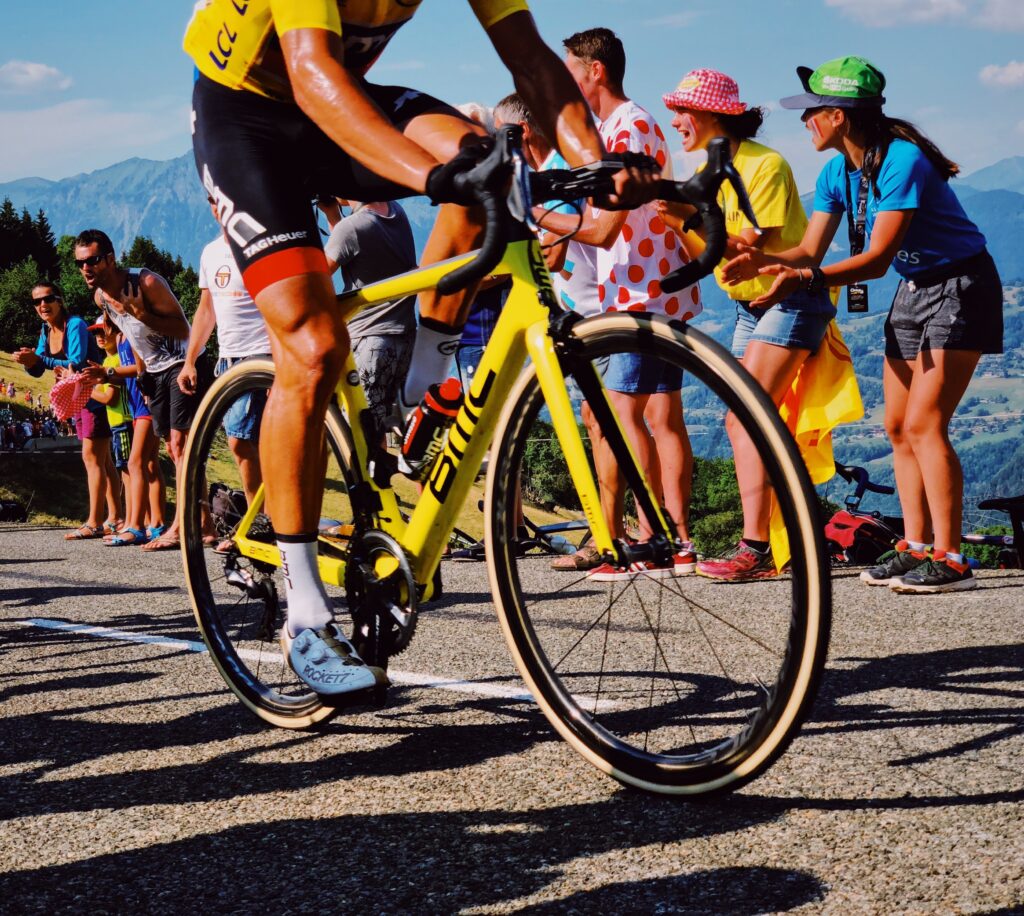 The global appeal of the Tour de France is mind-boggling. Each year that the race takes place, it is estimated 3.5 billion people tune in to watch – making it one of the most famous annual sporting events. For US fans, the Tour de France is normally shown on NBC sports, while in Europe Eurosports tend to lead the coverage.

Be a part of the Tour de France

Hopefully, this article has given you all the essential information that you need to know about the Tour de France. Whether you were broadly aware of the Tour or are completely new to it, knowing how the Tour de France works is at the very least good general knowledge. Especially as the Tour is one of the highest-grossing annual sporting events, it’s good to know how it works.

The Tour is a hugely challenging endurance event and pits the best elite road cyclists against each other each year. Although the prizes are awarded to individuals, what makes the Tour even more fascinating is the team strategy that goes into the races. Whether it be communicating with riders when to breakaway or stay in the peloton, there is so much nuance to this remarkable event.

If you’ve never watched the Tour, it is recommended you tune in to see some highly entertaining, nuanced endurance sport take place. It may even inspire you to get on your bike! The race has something new every year! 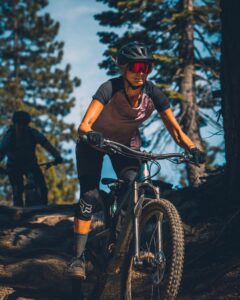 Downhill Mountain Biking can be one of the most exciting things to do or the most dangerous and scariest thing to do. I know this 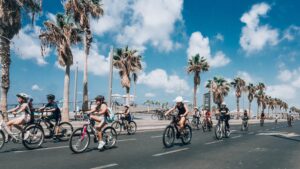 When you are on your day off and the sun is out, the open road may seem to be calling. There’s no doubt about it—it’s 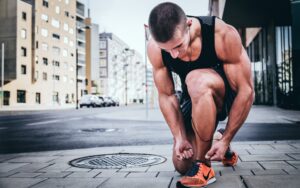 High-intensity interval training (HIIT) has become popular because of its effectiveness in improving endurance, boosting heart health and burning fat faster compared to 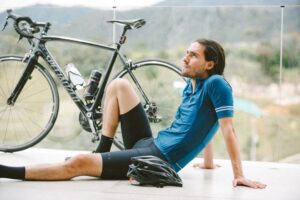 In the athletic equipment world, cycling apparel is in a class of its own. It has the same responsibility as your sportswear. Because it 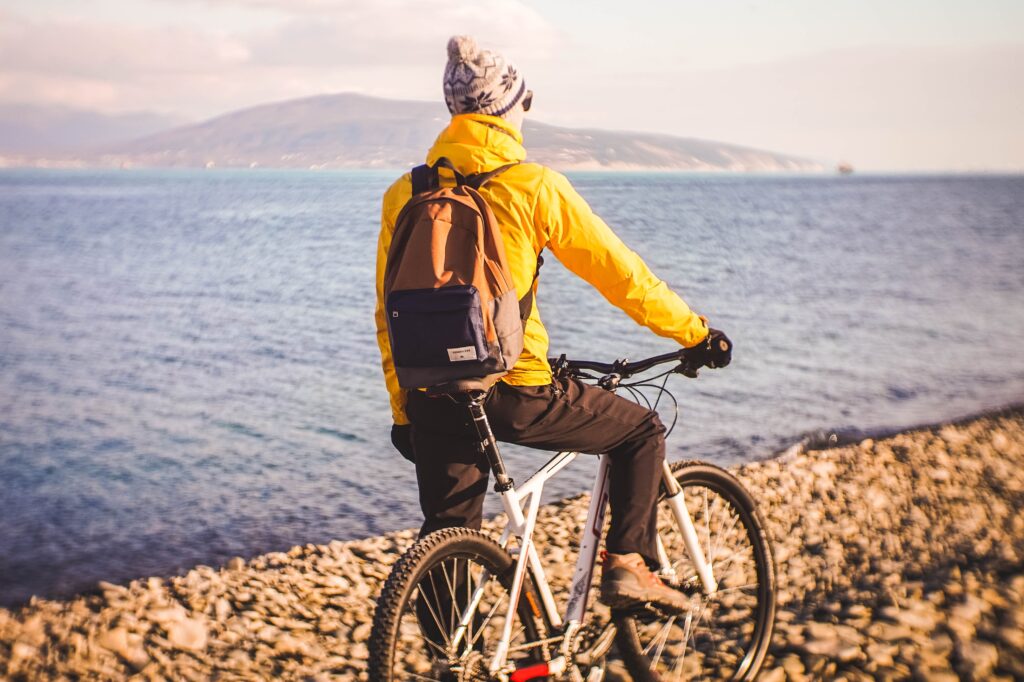 There is no such thing as bad weather-

“You can’t get good by staying home. If you wa

“A bicycle ride around the world begins with a s

“Life is like riding a bicycle. In order to keep

Come check out on our last deal on Maxxis High Rol

“It never gets easier, you get faster”- Greg L